I've gotten a few emails lately asking me what I eat.  Lots of people have the food blogs covered, so I don't generally do this, but I thought that once a week, I'd give you a rundown on "A Day in the Life".  Let me know whether you like this or not.  I don't want to bore anyone!

This is for yesterday, March 31.

For breakfast I had my version of a pb&j: Ezekiel toast, natural peanut butter, and no-sugar apple butter.  I also had skim milk, thinly disguised as an iced latte, and a banana.  I never get tired of this; in fact I eat this for breakfast nearly every day. 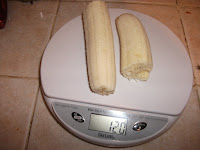 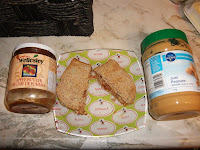 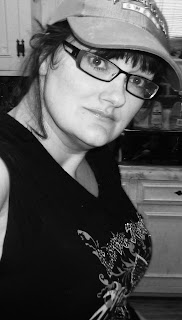 I ended up having breakfast late in the day, so about a half an hour after breakfast, I threw on a baseball cap and took the dog to the park for a walk. We went 6km in 50 minutes, which is faster than usual for us, despite the fact that the dog peed about a hundred times. 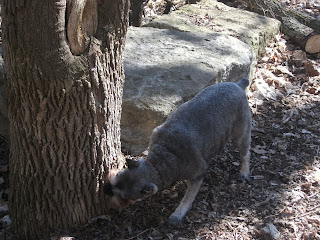 I was absolutely starving when we got back from our walk.  I was in the mood for salad.  I made a mixed green salad with raspberry poppyseed dressing, homemade whole wheat croutons, and grilled chicken.  It was as pretty as it was delicious. 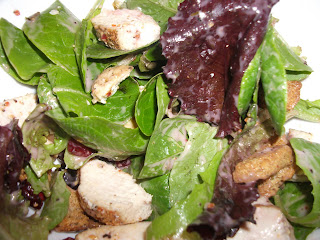 I had some writing and paperwork to do in the afternoon, as well as blogging, of course.  It was my daughter's night at her dad's so I just threw together a dinner of leftovers.  I had whole wheat spaghetti, homemade marinara sauce, lean ground beef, and mushrooms, topped with freshly grated Romano cheese. 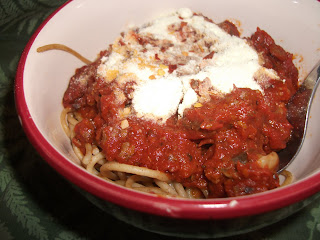 After dinner I was feeling restless so I went for a short walk with the dog.  We just walked around the neighborhood and went for 2 km at a moderate pace.
*****************************
I've had some issues with appetite lately, which has made it hard for me to get all of my calories and protein in during a given day.  So each day, I check my intake and if needed I make a protein shake with skim milk, fresh fruit and a natural protein powder with no artificial sweeteners. 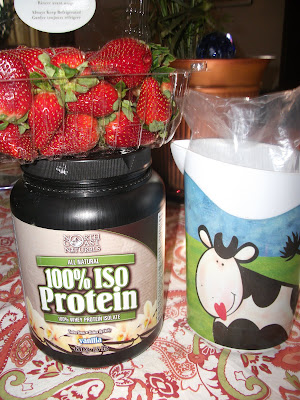 Some of my favorite inspiring places to visit online....